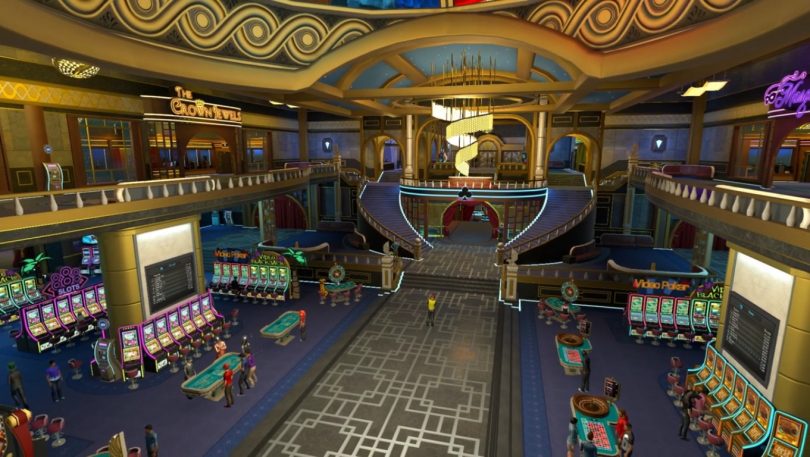 Ever since the evolution of video games, a lot of gamers have had the rare opportunity of enjoying their preferred games from the comfort of their homes. With the introduction of casino games on PlayStation and XBOX 360 One, online gamers can now revel all the fun of online poker and other casino games without risking to lose any real money. In this piece, we examine some of the top casino games available on these platforms.

If you want to play the most popular casino games like Blackjack, Roulette, Slots and even Instant Keno, Bingo, and Texas Hold’em Poker in an environment that strongly resembles the real one, the Four Kings Casino and Slots is definitely the game to play. This is a social MMO that can be played with up to 31 other players per session and recreates a live casino in a 3D simulation. The game offers the possibility to move towards its ambiences thanks to a personalized 3D avatar you create to represent yourself in the game. As the game moves forward and your casino gaming skills improve, you’ll be rewarded with new expensive, sometime excessive, clothing. Socialize with friends and try to reach the VIP level to access high stakes games and the popularity of the elite with them.

Full House 360 makes available a virtual poker room where poker players can engage one with each other. The game allows players to develop and personalize their avatars that will join tables and display their dexterity. The game is designed with attractive 3D surroundings and fascinating tournaments and this has earned the game a lot of respect. The effect of this is crowded tables and a competition that both rookies and pros find attractive.

Players are allowed to try the demo version for free but deciding to purchase the title will cost $9.99.

Test Drive Unlimited 2 is a 10 level title that can be played with about thirty one other players per session. Being a third person action game, it gives players the opportunity to create their own avatar and play fascinating virtual casino games.

It must be noted that the casino feature was not included in the initial version of the game hence those who want the feature will have to get the add-on which is named TDU: Casino Online. Players who enjoy the thrill of action-packed casino gambling will enjoy every bit of Test Drive Unlimited 2.

A card game placing lots of emphasis on casino, Prominence Poker allows players from all over the world to play against one another in order to build the reputation and bankroll needed in order to beat the best and be the best. As players build their rep, they are able to access the bankroll and spend their accumulated funds on some expensive cosmetic items.

Prominence Poker is a multiplayer focused title and players will spend most of their time dealing in against other players.

Pure Hold’em is a card game that supports full online multiplayer. It is played across six tables and as players progress, they realize that each subsequent table requires more determination and wit than the last. The game starts from the Jokers table, right on the floor and moves right up towards the Aces and Masters table towards the VIP penthouse. As players progress, they can earn credits and aim to steal the pot and win the game. Players can either join an open table or create their own tournament with up to 7 of their friends.

The game brings with it the excitement of high stakes casino games.